ANTI-FASCIST YEAR What is it about?

This FAQ will explain you what the Anti-fascist Year is, why it was founded, how it works, what we offer, what our goals are, what we have achieved so far and what future plans we have.

First things first: The Anti-fascist Year is an independent, countrywide grassroots initiative, a coalition of the institutions of culture, non-governmental organizations, social movements, self-governed collectives and individual activists and artists who work together on the development of a large network of anti-fascist and anti-war cultural and social events and activities.

Secondly, the Anti-fascist Year is a platform for mutual collaboration between different cultural institutions, social organizations, artists and activists. The initiative is intended to be a network of activities and projects developed independently by numerous contributors sharing the idea, both entities and individuals. 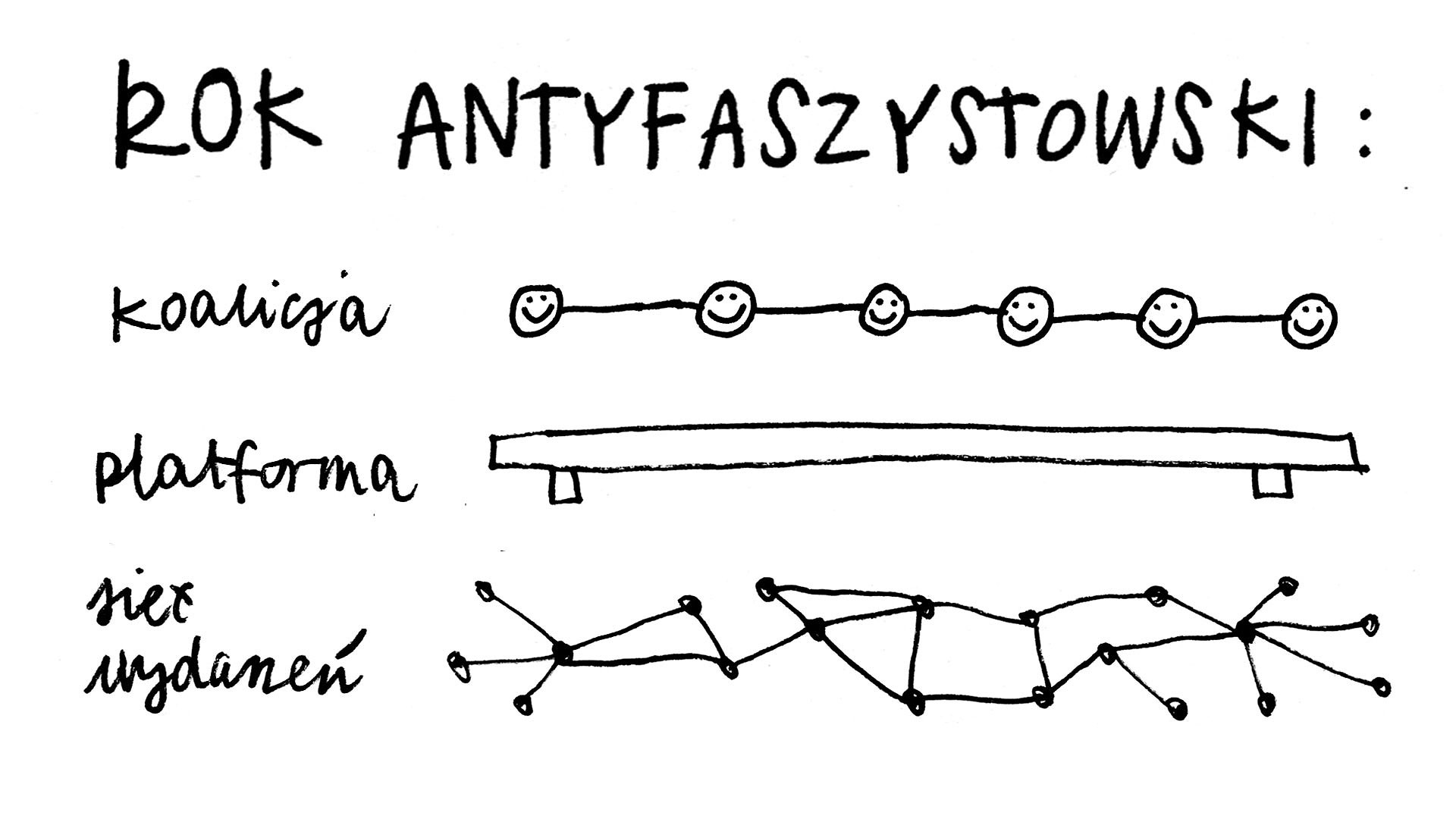 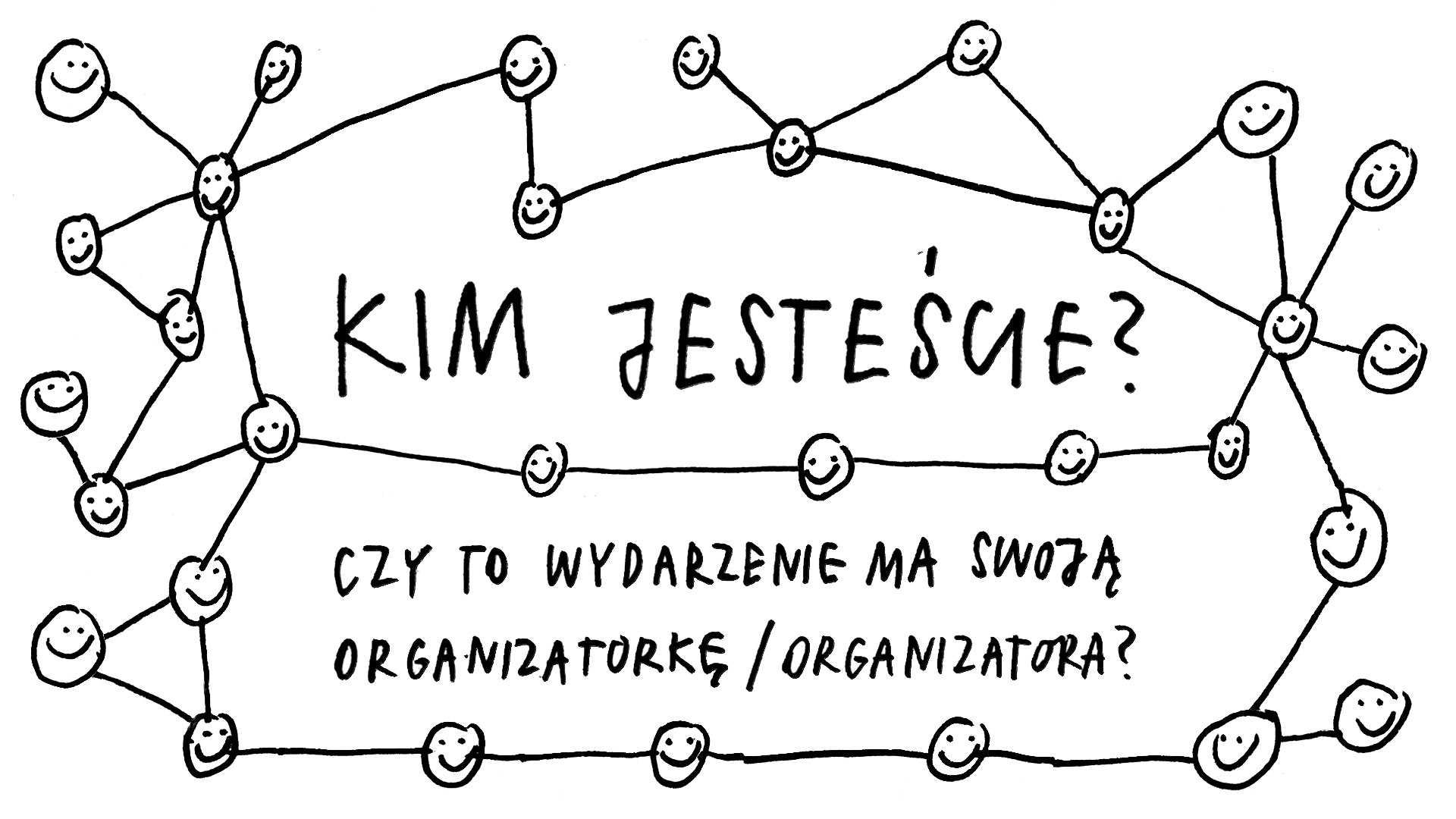 WHO ARE YOU? Does the event have an organizer?

As we have already mentioned, we are an independent, countrywide coalition gathering a variety of cultural and social institutions, and movements. The Anti-fascist Year does not have a single organizer and the contributors include many different persons, institutions, groups, organizations, movements and communities. 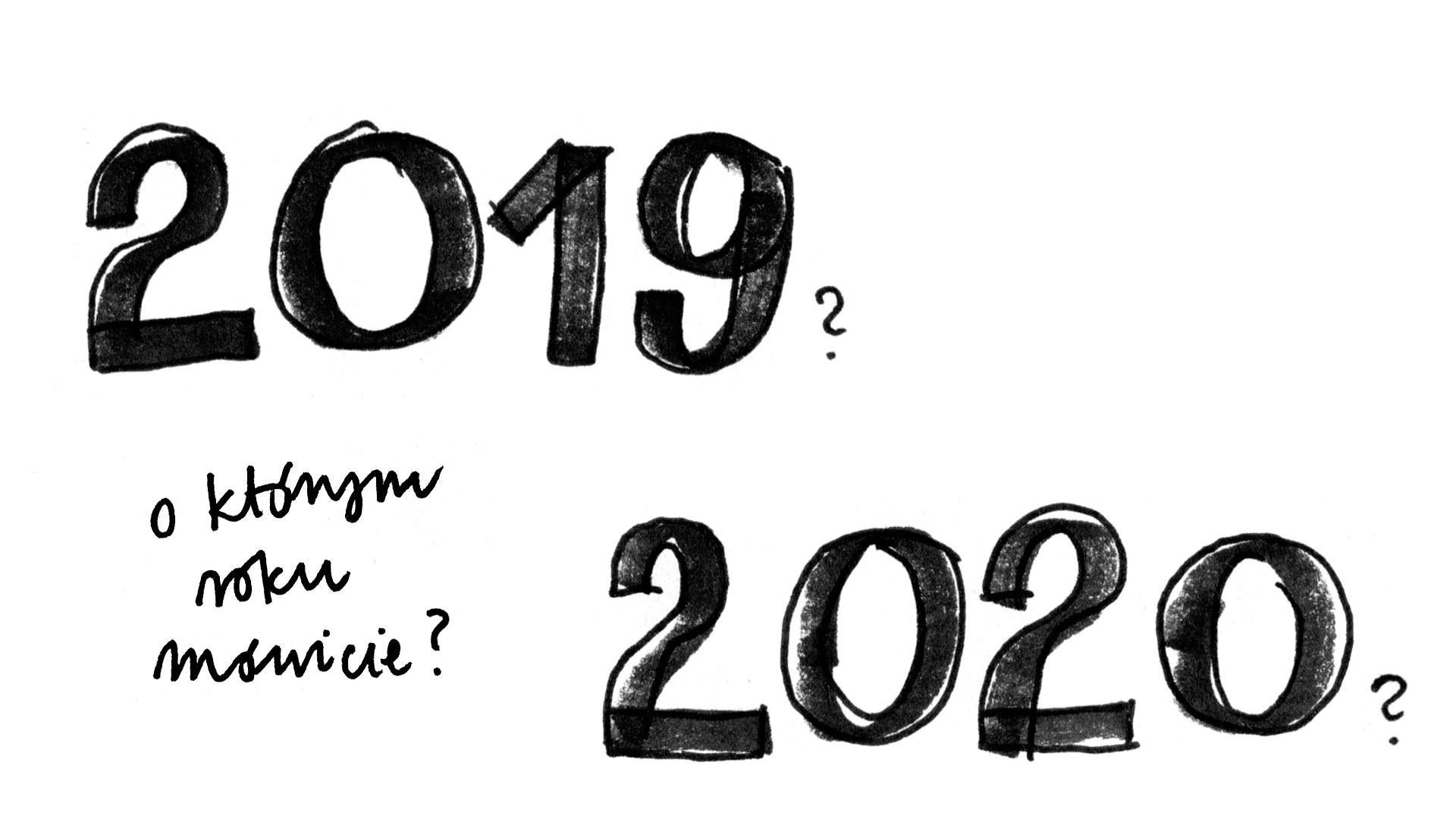 Which year is it?

The Anti-fascist Year will symbolically begin on September 1, 2019 (on the 80th anniversary of the outbreak of WW2) and end equally symbolically on May 8, 2020 (75th anniversary of the end of WW2 in Europe). But we are not going to rigorously stick to these dates. The program of the Anti-fascist Year also includes events held before September 1, 2019 and after May 8, 2020. 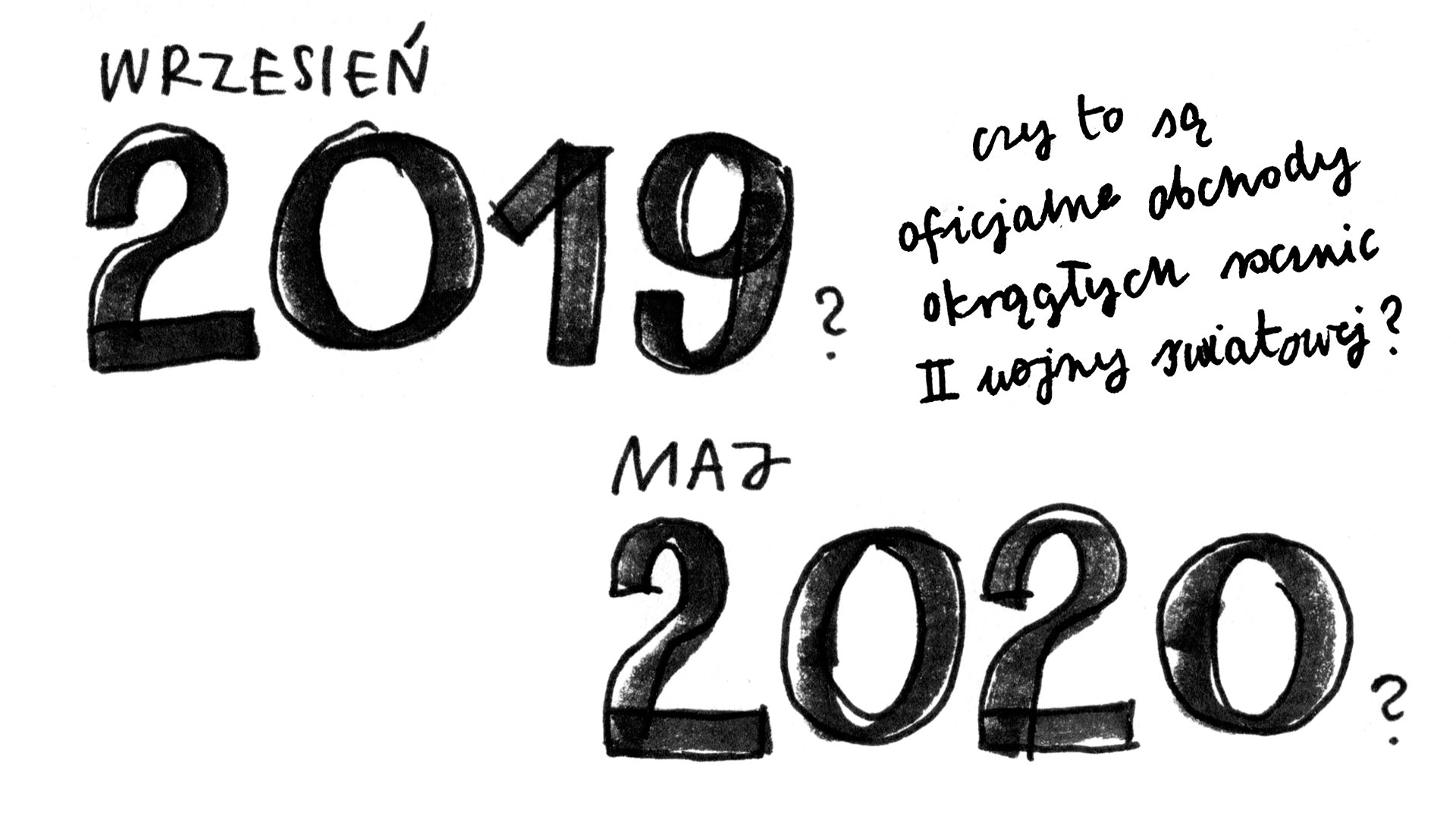 SEPTEMBER 2019-MAY 2020 Is this the official celebration of the round anniversaries of WW2?

While creating a countrywide network of anti-fascist and anti-war events and activities we consciously refer to the round anniversaries of the beginning and end of the Second World War. But we are not engaged in the organization of the official celebrations. Nevertheless, some of the official events may also become part of the Antifascist Year’ program if their organizers are willing to join our initiative.

How did the idea emerge? What have you done so far?

The origins of the Anti-fascist’s Year idea date back to January 2018 when a group of art historians and artists from Cracow proposed to organize a large educational and historical exhibition about fascism in the National Museum in Cracow. The response from the Museum was rather indecisive but the idea presented by the Cracow collective quickly gained many supporters and started to live its own life among the people associated with culture and social activism.

In the spring of 2018, a group of people inspired by the proposal of the Cracow collective began to work together on creating a network of anti-fascist and anti-war cultural events all over Poland. As a result, a series of conventions and meetings were held in such places as the Arsenal Gallery in Poznań, the Museum of Modern Art in Warsaw, the Powszechny Theatre in Warsaw, the Centre of Polish Sculpture in Orońsko and the Łaźnia Centre for Contemporary Art, during which a constantly growing number of participants discussed the idea of the Anti-fascist Year and worked together on its concept. We are currently focusing on the expansion of the coalition, promotion of the Year across the world of culture and social activism, elaboration of the program of events and publicizing the initiative in the media. 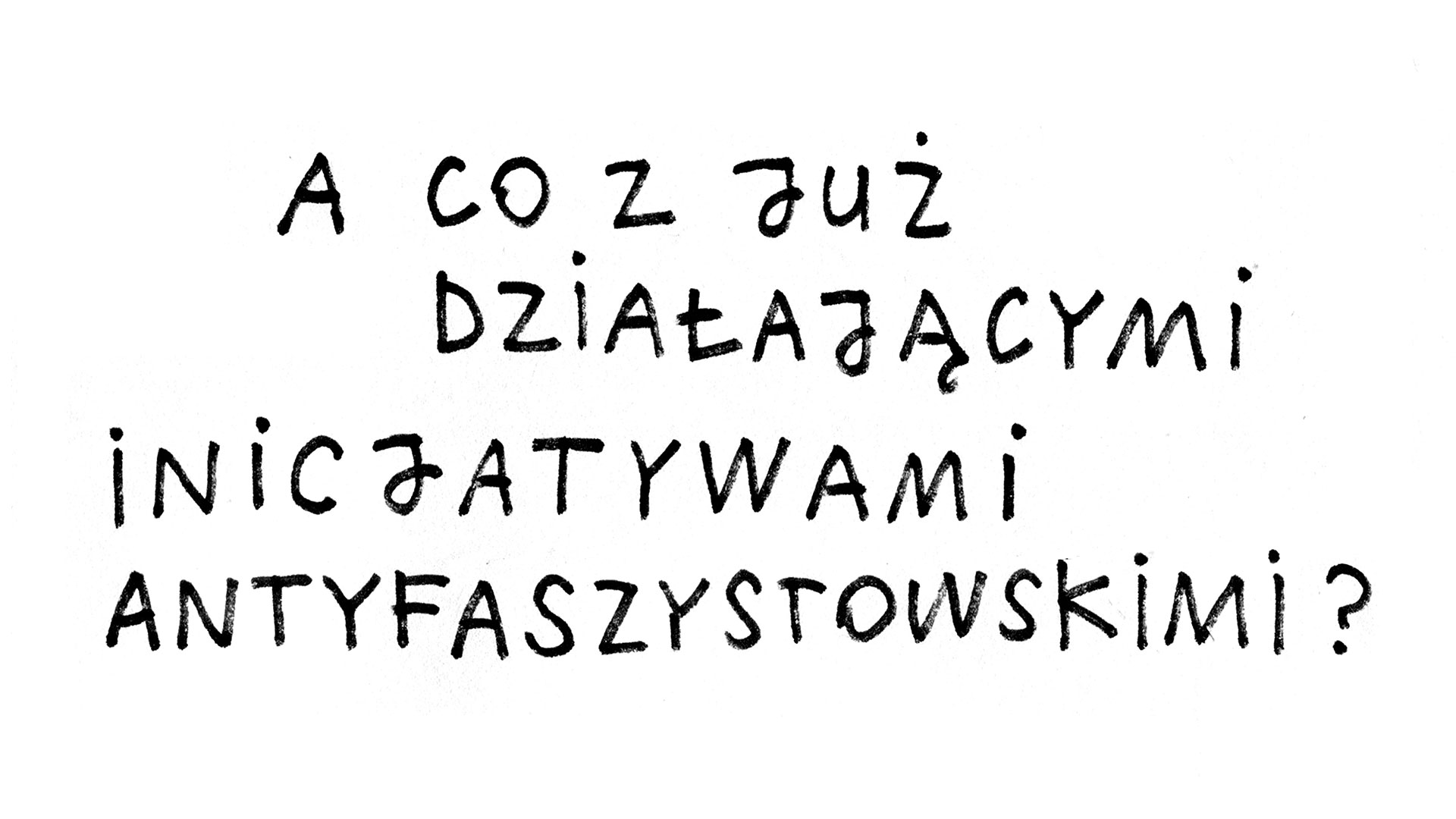 What about other existing anti-fascist initiatives?

All existing anti-fascist movements and initiatives are invited to work with us and take part in the Anti-fascist Year. We have a lot of respect for all individuals, groups, organizations and communities which have been engaged in anti-fascist activities for many years, very often struggling against lack of understanding and institutional, financial or legal barriers. We really want to get in touch with you, support your activities and engage you in the common efforts aimed at the development of the Anti-fascist Year’s program. 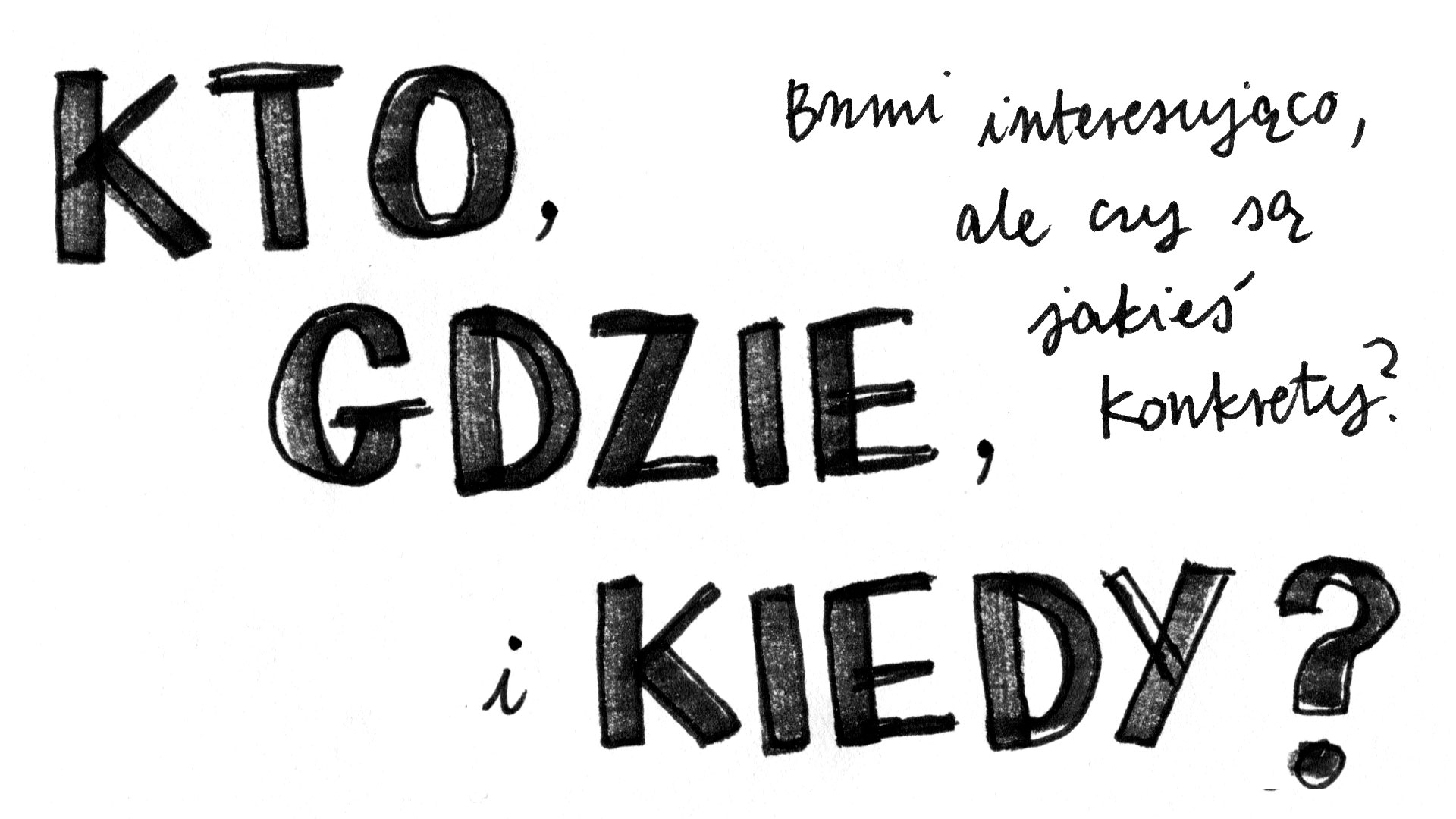 WHO WHERE WHEN Sounds interesting but is anything specific going on?

The complete program of events and activities organized as part of the Anti-fascist Year can be found on our website in the events section. New events are added to the calendar on a daily basis so you are encouraged to check it up regularly. Additionally, on the website you will also find the atlas which is a social archive of anti-fascist and anti-war activities and attitudes in culture, art and other walks of life. We also have a fanpage on Facebook, an Instagram account and a YouTube channel where you can also find many interesting materials.

How can I get involved? Do I have to be an artist/institution to join in?

In order to take part in the development of the Anti-fascist Year you don’t have to be an artist, an institution, a social movement or organization. You don’t need any money, experience or certificates. All you need is an idea for an anti-war/ anti-fascist activity which you want to make happen under the umbrella of our initiative.

If you want to contact us, propose an event to be included in the program, add an entry to our Atlas, join the Anti-fascist Year coalition or you need support for an organized anti-fascist or anti-war event, please email us at kontakt@rokantyfaszystowski.org.

I do not represent any institution 🙁 I do not have any support 🙁 or budget 🙁 but I have an idea for an activity 🙂 as part of the Anti-fascist Year. What should I do?

Email us at kontakt@rokantyfaszystowski.org. We will try to help you with the organization of an event! One of the goals of the Anti-fascist Year is to facilitate cooperation between the persons who have an idea for a project/ event and the persons who can provide organizational, infrastructural or logistic support in the project execution.