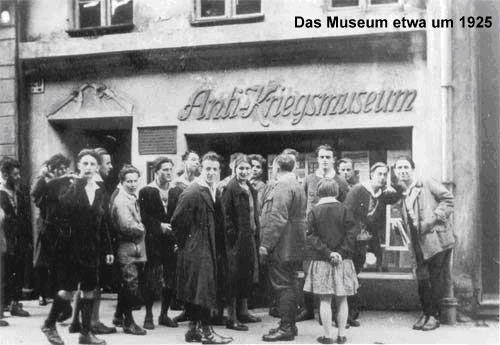 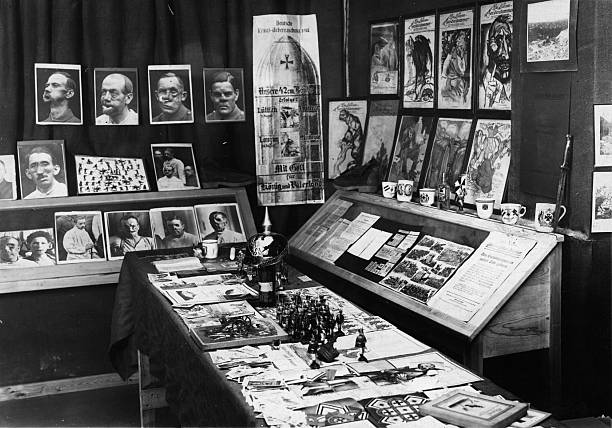 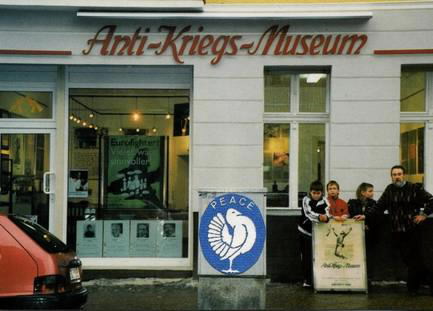 The museum located at 29 Parochialstrasse in Berlin served  from the very beginning as a cultural centre for pacifists and anti-war activists. Friedrich presented there photos from an album published by himself in 1924 entitled Krieg dem Kriege (War Against War) in addition to a handful of objects related to the cult of war. Like the book, the museum was also supposed to shock the audience: pictures of mutilated, naked soldiers, hungry children, slaughtered men and animals, houses turned to ruins and looted churches were presented among the figures of toy soldiers and keepsakes from the front line. The Anti-Kriegs-Museum, just like the Krieg dem Kriege,  became an object of numerous attacks. Windows were regularly broken and the photos torn off the walls.

In a book published ten years after the opening of the museum entitled Vom Friedens-Museum zur Hitler-Kaserne (From the Peace Museum to Hitler’s Barracks), Friedrich describes the construction process of the museum with the help of a befriended builder using materials bought on credit in a nearby shop. But most likely, the situation was actually less dramatic: Friedrich received financial support from his family who owned a number of shops in Berlin, a fact he was rather reluctant to mention. He preferred to see and describe himself as a fearless lonely hero ready to overcome all adversities.

Long Journey of the Anti-Kriegs-Museum

In 1933, a Nazi SA unit attacked the museum, destroyed the exhibits and arrested Friedrich. After release, Friedrich decided to leave the country taking the entire museum archive with him. In 1936 in Belgium where he was granted asylum, Friedrich opened another Anti-War Museum which was destroyed by Germans in 1940.

After the war, Friedrich tried to persuade the German government to finance the opening of  a new museum against war but to no effect. In 1955, he emigrated permanently to France where he bought on credit an island on a river right outside of Paris which he called Ile de la Paix (The Peace Island). Till the end of his life he organized there educational meetings for young people devoted to the subject of war and peace. He died in 1967 and as he did not repay the whole value of the loan, upon his death the island was sold and the ownership documents were destroyed. Tomas Spree, Ernst Friedrich’s grandson, reopened  the Anti-Kriegs-Museum in Berlin in 1992 where it exists to date.

The pictures come from the museum’s website at http://www.anti-kriegs-museum.de/. 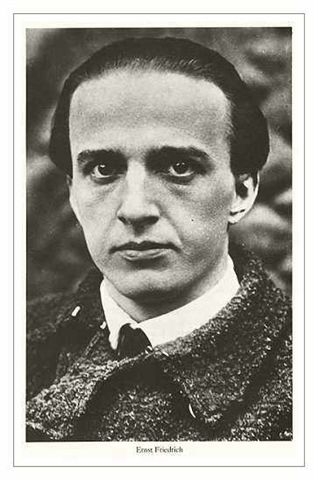 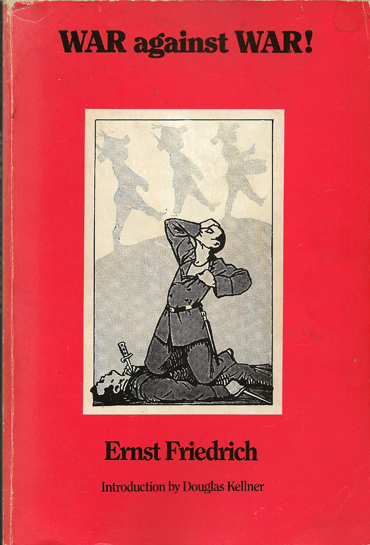