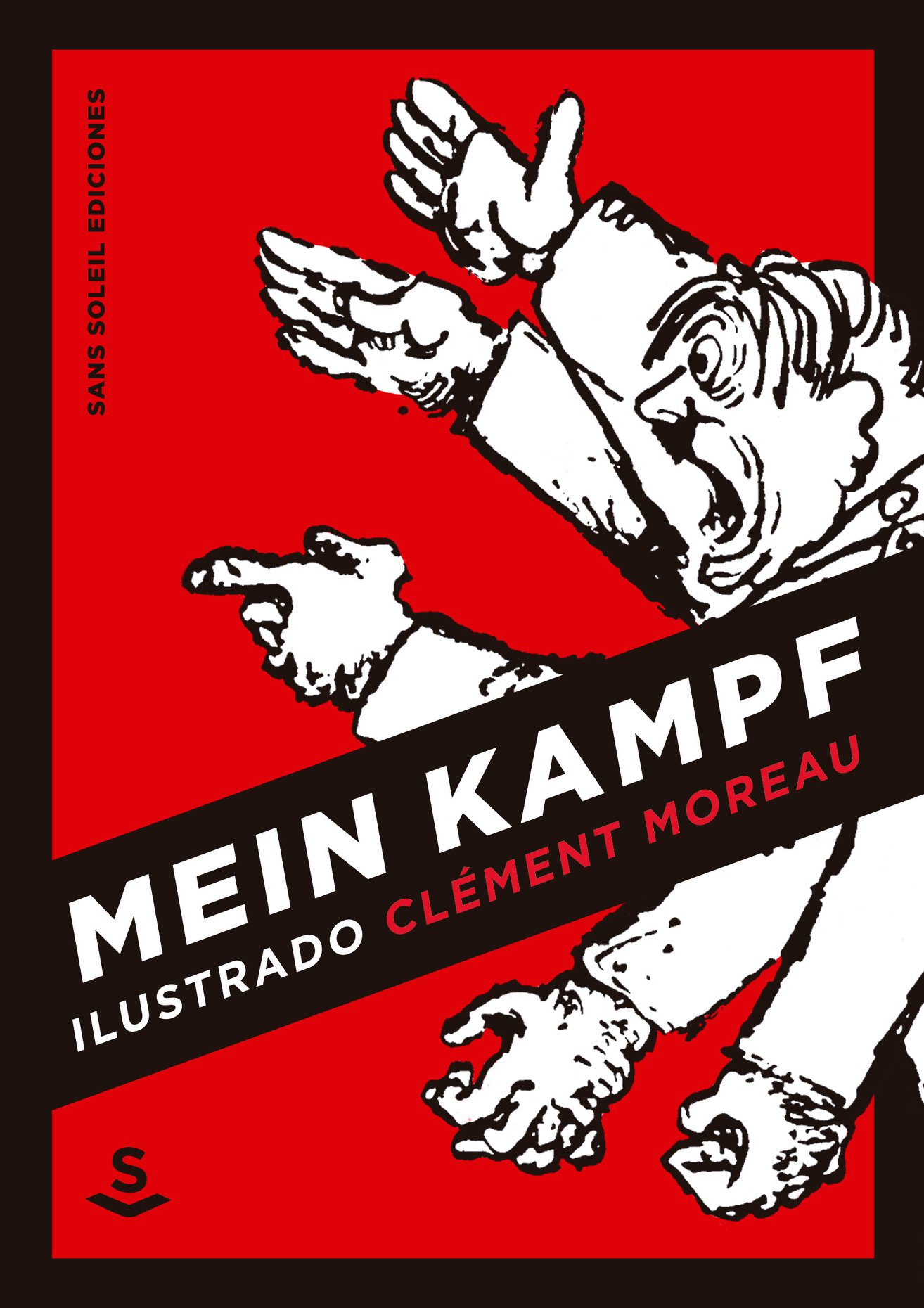 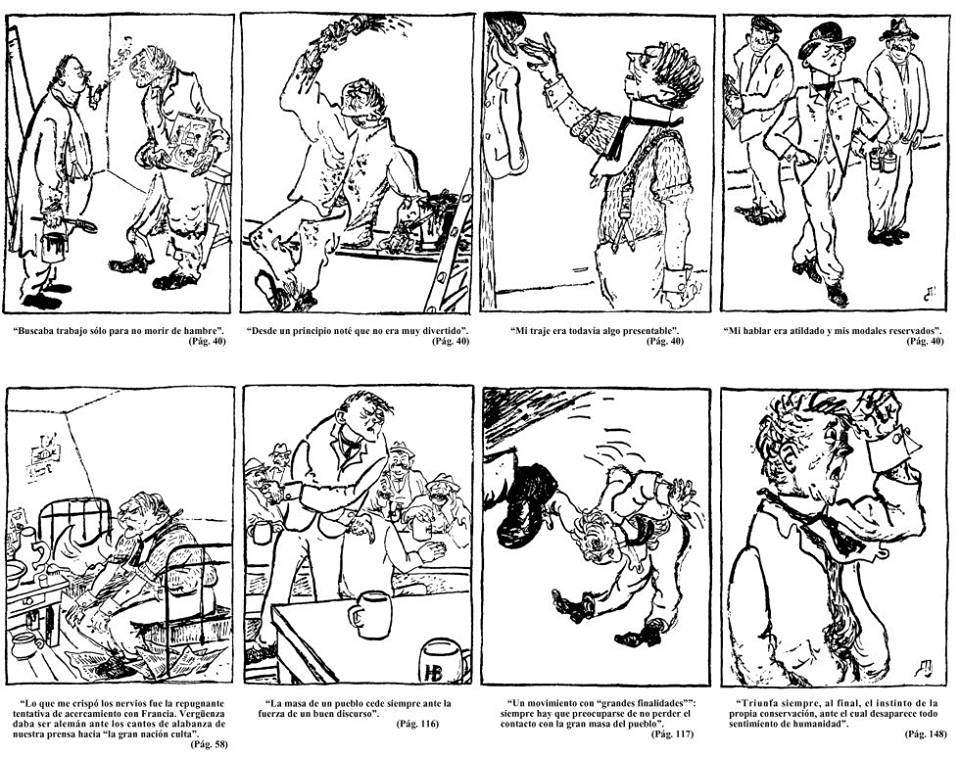 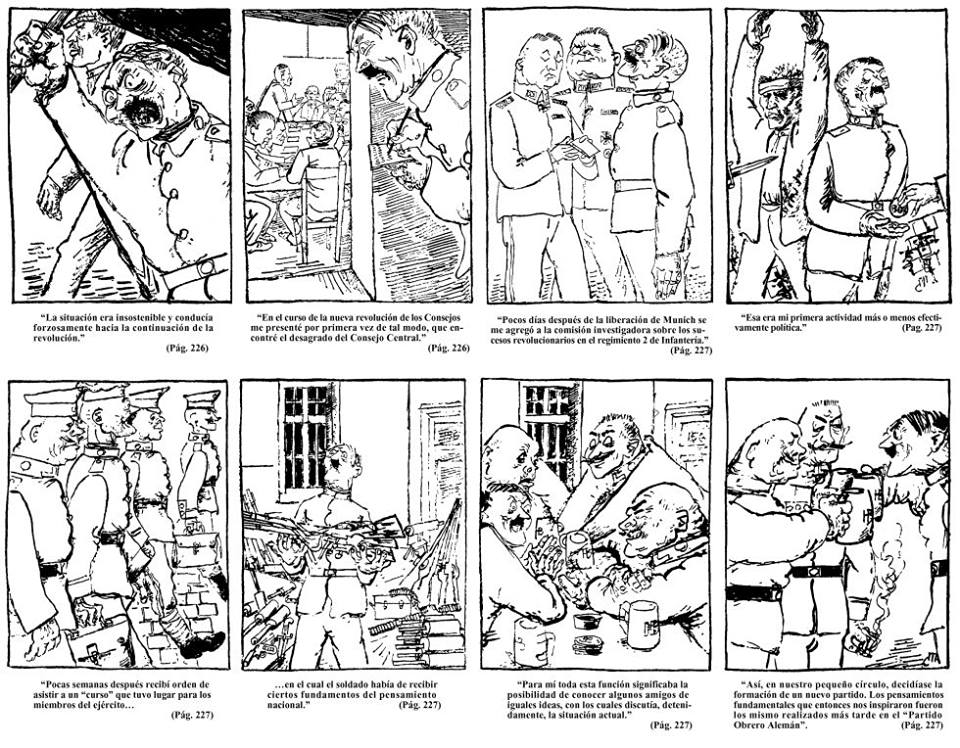 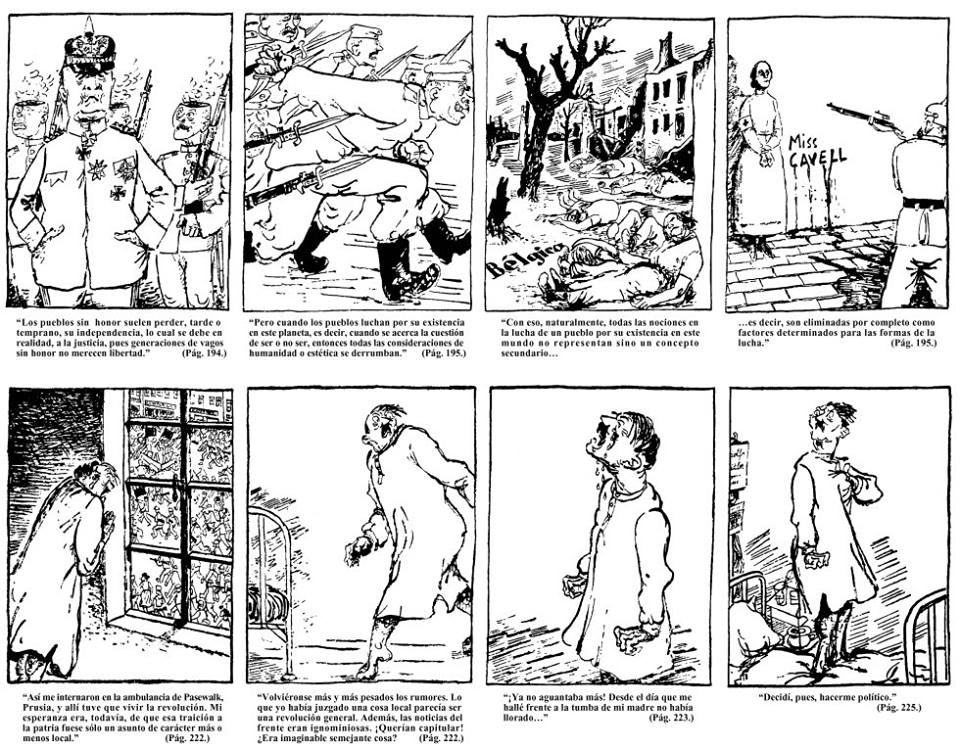 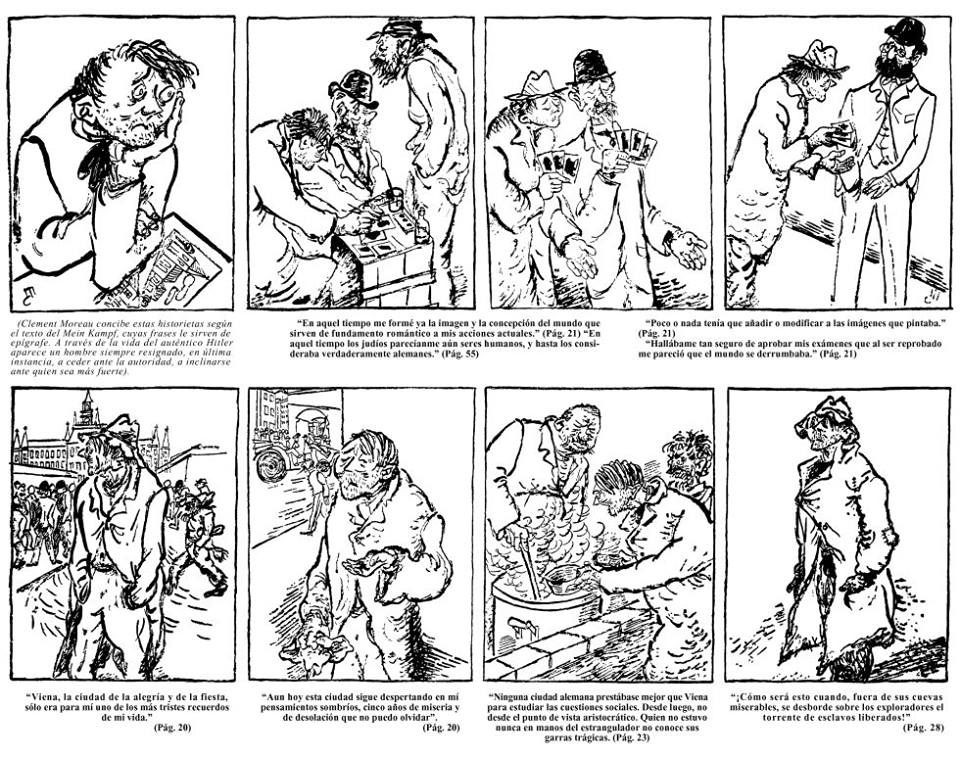 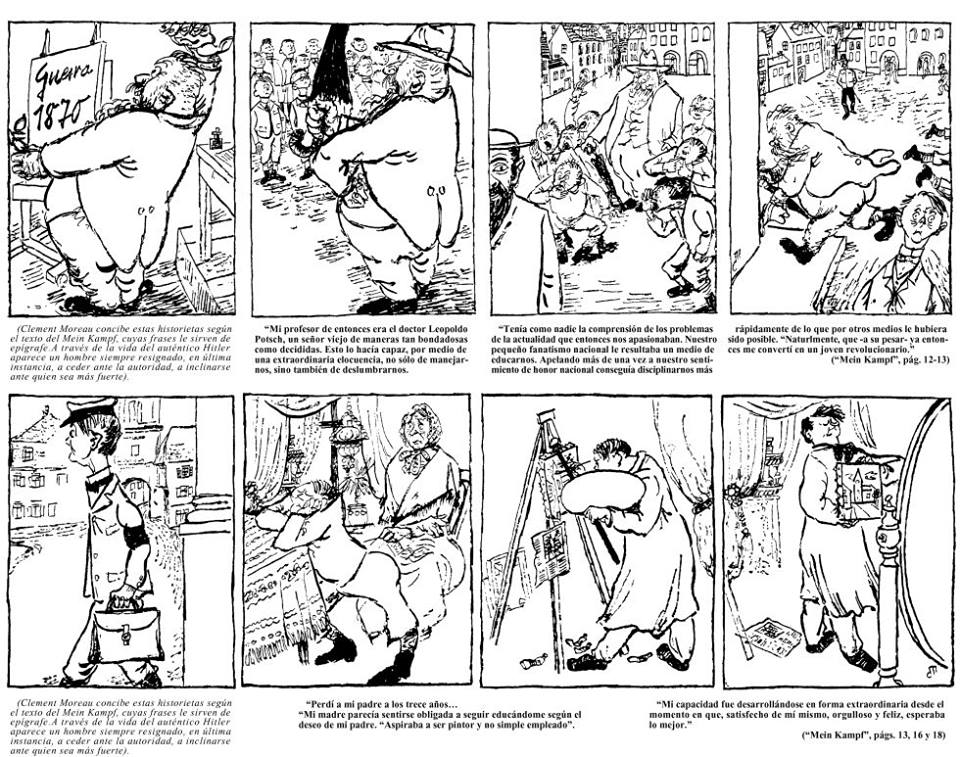 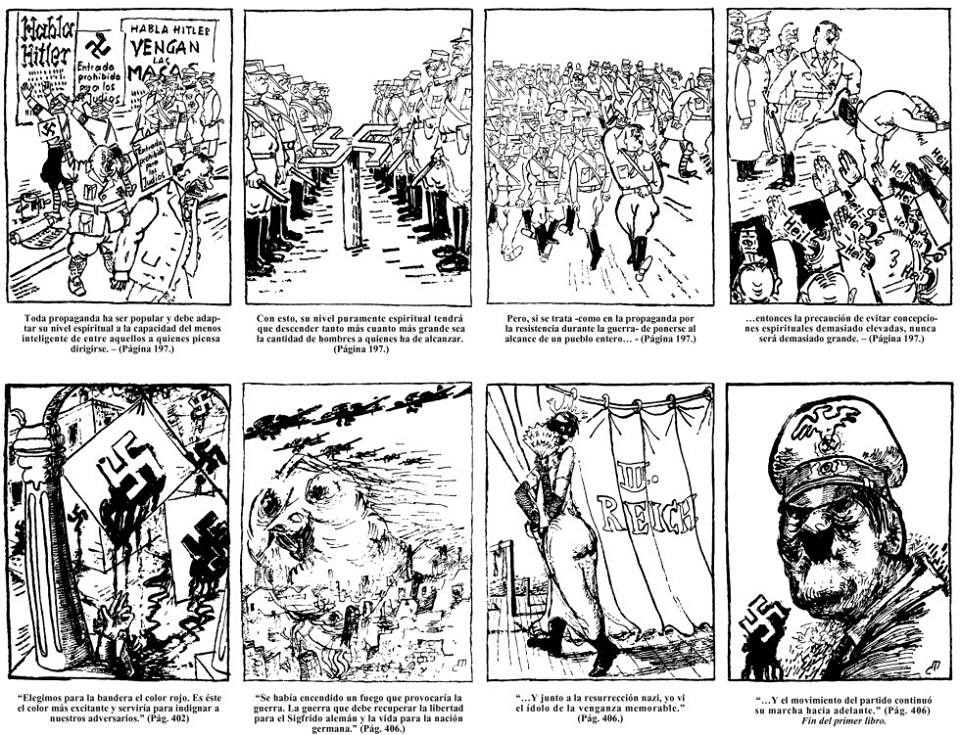 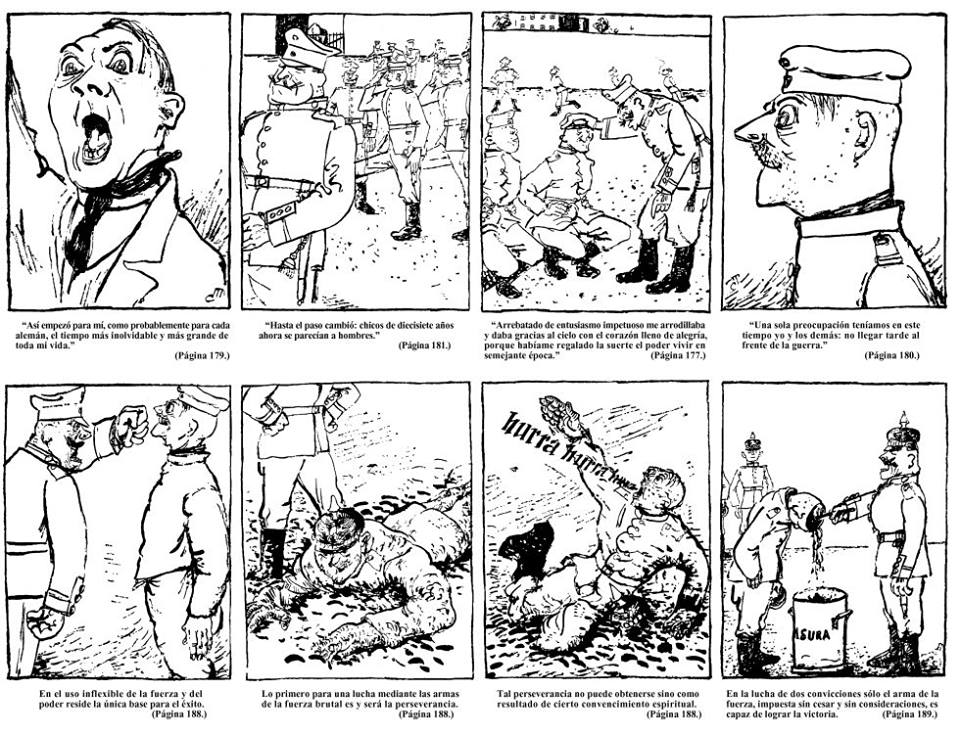 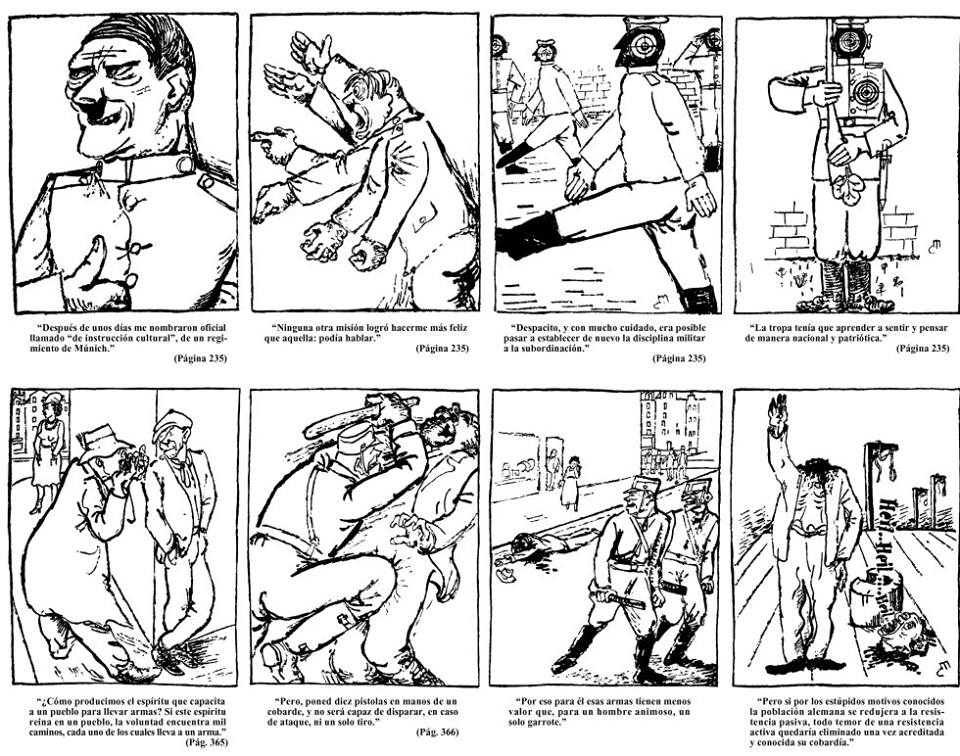 In 1935, Clément Moreau, a graphic designer and a refugee from the Nazi Germany (Carl Meffert), after a long journey across Europe settled down in Argentina, where he decided to focus on fighting fascism through art. In addition to publishing a monumental work La Comedia Humana (Nacht über Deutschland), a graphic novel which consists of more than one hundred linocuts presenting the tragic fate of people in the Third Reich, the artist also began a critical review of Adolf Hitler’s ”Mein Kampf”. In order to make the Argentinian audience aware of the absurdity of the views promoted by the Third Reich’s leader, Moreau decided to illustrate the claims presented in ”Mein Kampf” and referred them to a humorous, fiercely sarcastic version of the dictator’s biography. In this highly ironic quasi-biography, Adolf Hitler is portrayed as a narrow-minded grouchy man whose personality has been heavily influenced by the unhappy family life and the trauma of the first world war. In his highly sardonic drawings Moreau created many powerful scenes from daily life which together added up to a  caricature of a failed painter obsessed by the idea of conquering the world.

To Moreau, a man who had to flee his home country because of Hitler, work on ”Mein Kampf” was an attempt to cope with the trauma of being arrested and becoming a victim of violence in Germany after 1933. Moreau’s satirical cartoons were regularly published in 1940 in ”Argentinisches Tageblatt” and ”Argentina Libre”.

One volume of Moreau’s anti-fascist drawings collected from Argentinian newspapers  was published in 2018 under the title of Mein Kampf Ilustrado by a Spanish language publishing house Sans Soleil Ediciones. 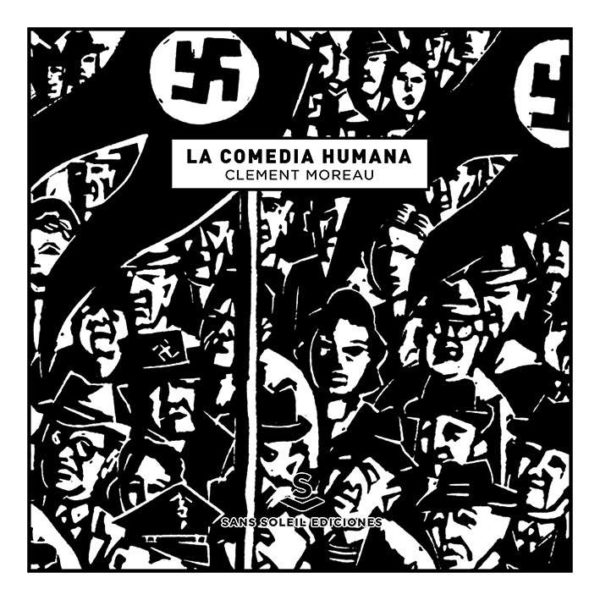