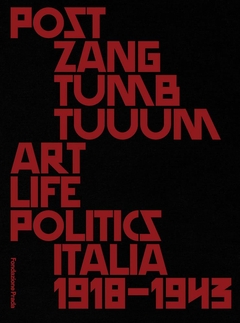 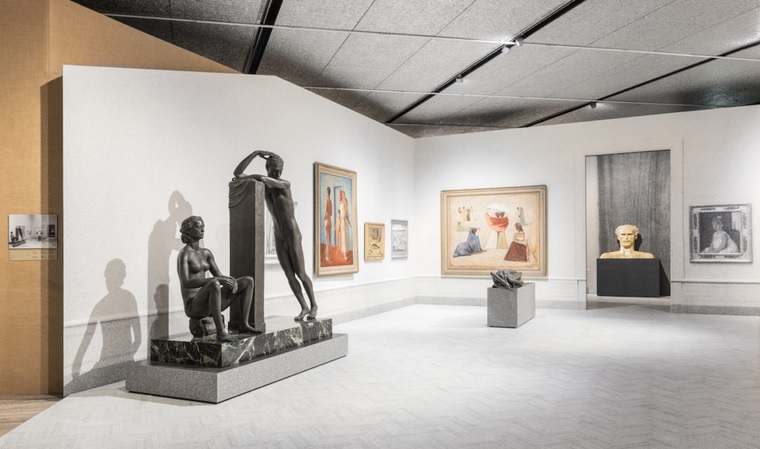 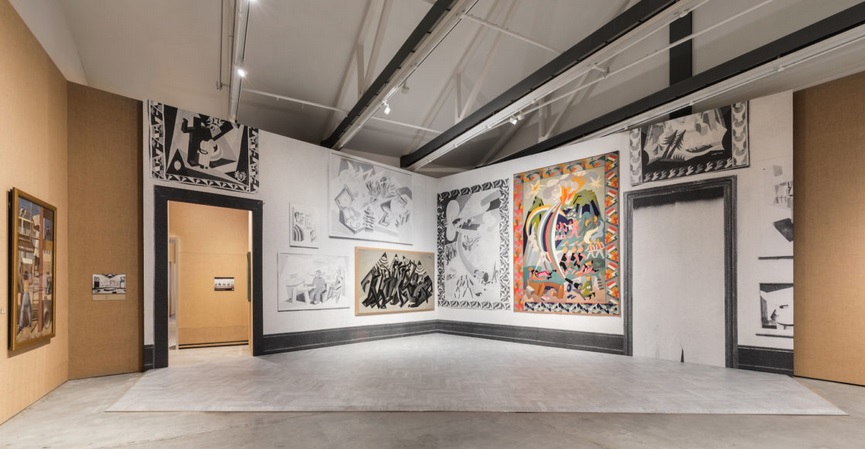 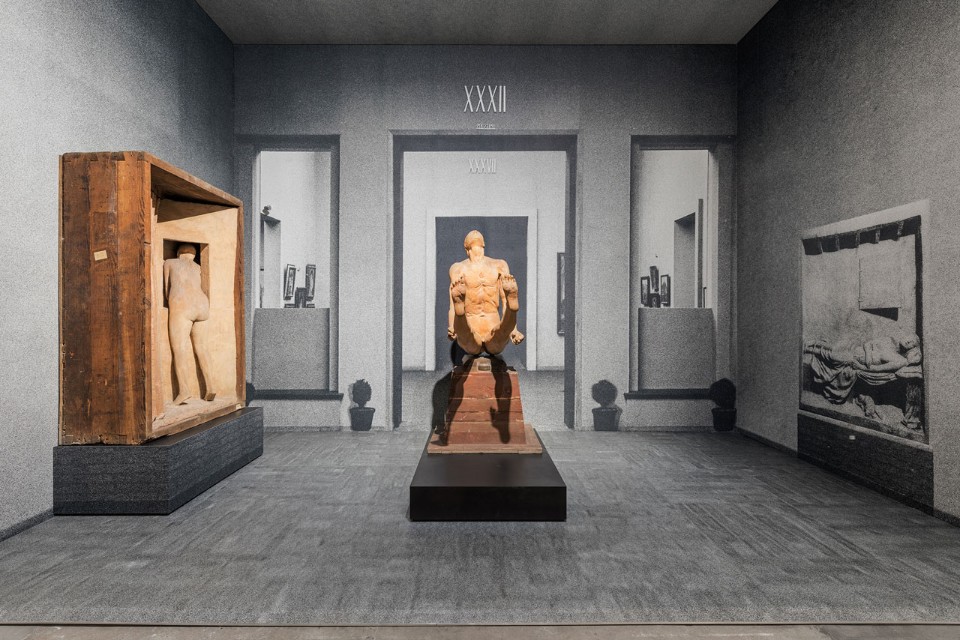 In the Post Zang Tumb Tuuum exhibition, the curator Germano Celant having explored the world of culture in the interwar years, reconstructed parts of twenty public and private art exhibition held in Italy during the fascist regime, from Giorgio de Chirico’s shows through the manifestations of the futurists and  Gruppo 7, to the  monumental propaganda exhibition Mostra Della Rivoluzione Fascista celebrating the history of the fascist rule, opened by Mussolini in Rome in 1932 which attracted the audience of more than 4 million.

In 2018, Celant decided to re-examine Italy’s national art which usually is discussed only in terms of  contemporary times, modernism  and formal innovation, disregarding, to a high extent, the political context  of the interwar period. Even nowadays, in Milan’s Museo del Novecento or the Nazionale di Arte Moderna Gallery in Rome, the revolutionary works of early and late futurists (such as Giacomo Balla, Umberto Boccioni, Carlo  Carra, Gino Severini, Fortunato Depero or Enrico Prampolini), the rational design, the architecture of Gruppo 7 or Novecento Italiano conservative paintings are displayed in an anonymous, decontextualized space, a white cube which deprives the works of their historical, social and cultural background.

The concept employed by Celant when preparing the Post Zang Tumb Tuuu exhibition is spectacular and intended to impress the audience. The exhibition  contains reconstructions of fragments of the environment and settings of the actual exhibitions from 1920s and 1930s in which original works are displayed (more than 600 art pieces are showed in Fondazione Prada). The curator examined and tracked the histories of the works and decided to show where the works of famous Italian interwar period artists were exhibited, who ordered and paid for them, whose offices and mansions they decorated and what roles they assumed in the overall political landscape. Needless to say, the majority of them functioned in the fascist context. They were displayed in fascist institutions and at exhibitions glorifying fascism, they decorated the walls of prominent fascist activists or were displayed on the facades of fascist public buildings.

The exhibition also included a directly critical component. In addition to the works of art displayed in the recreated interiors, the show presented a selection of archival documents, letters, recommendations, bills, press releases and private photographs which unambiguously position Italian artists in the actual ideological and political situation which lurks behind the seemingly innocent processes of art production, patronage and reception in 1930s. To complement the picture, Celant also presented a selection of texts written by artists, intellectuals, critics and politicians who took an active part in discussions regarding art and politics at the time, including Antonio Gramsciand Margherita Sarfatti.

All pictures come from the website of Fondazione Prada.