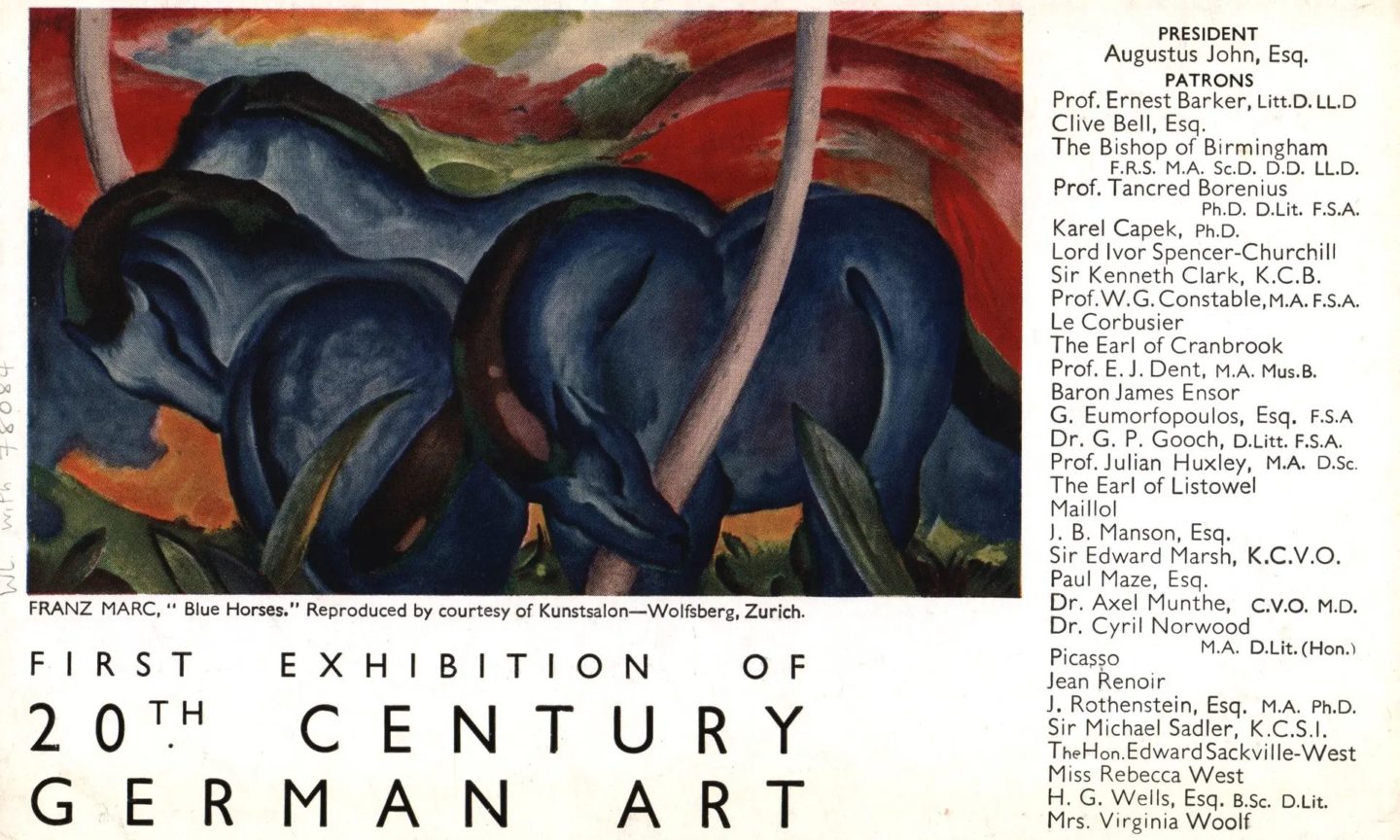 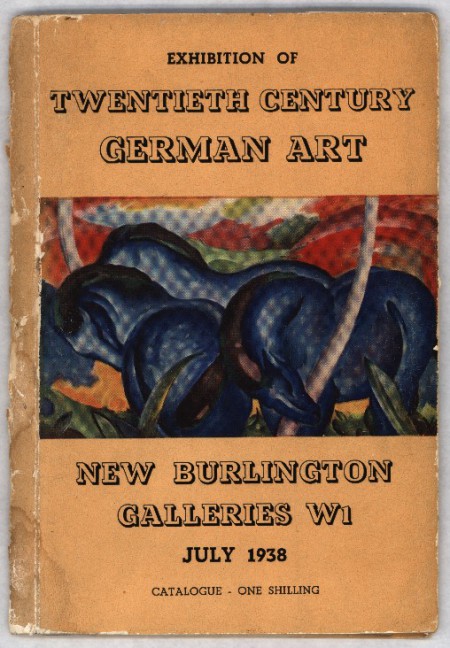 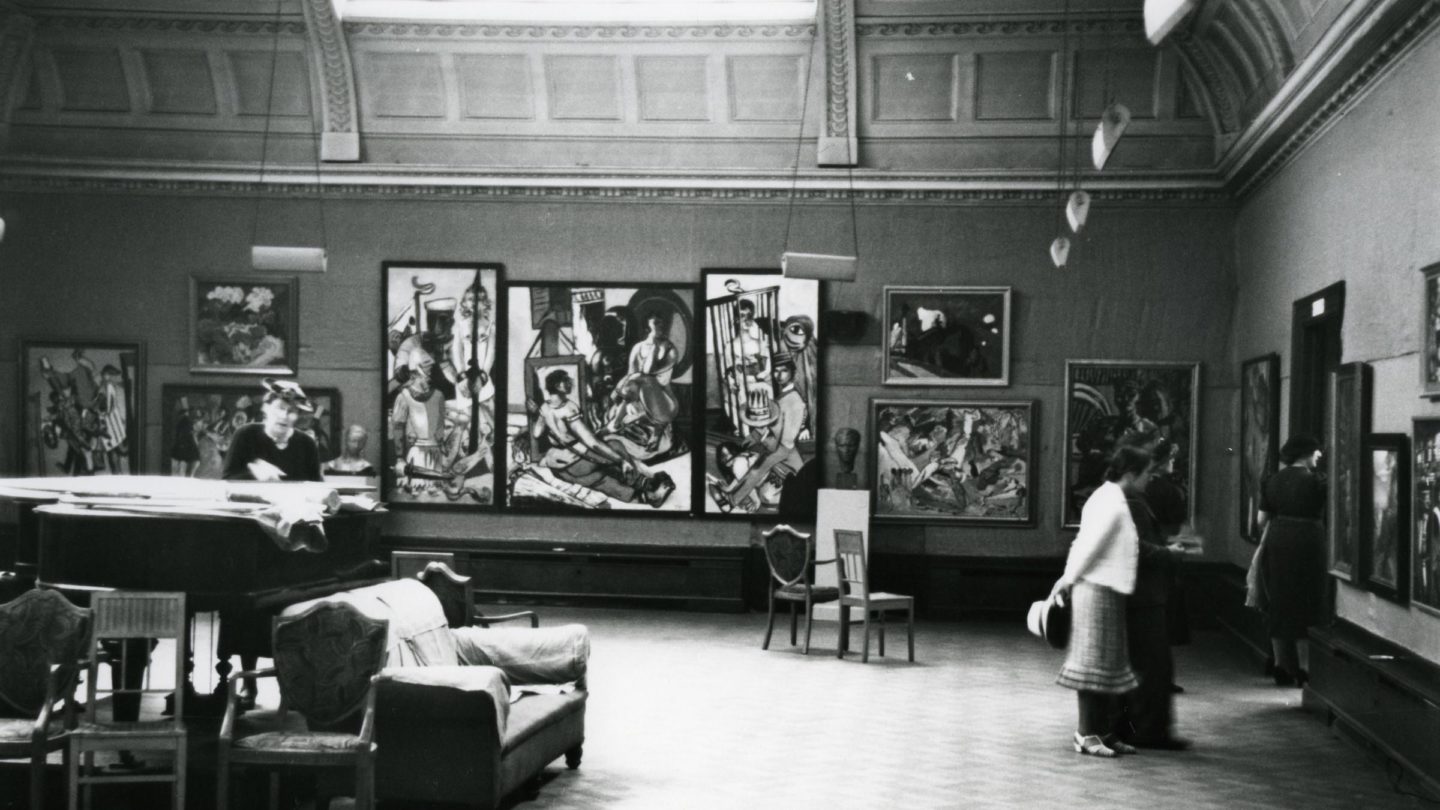 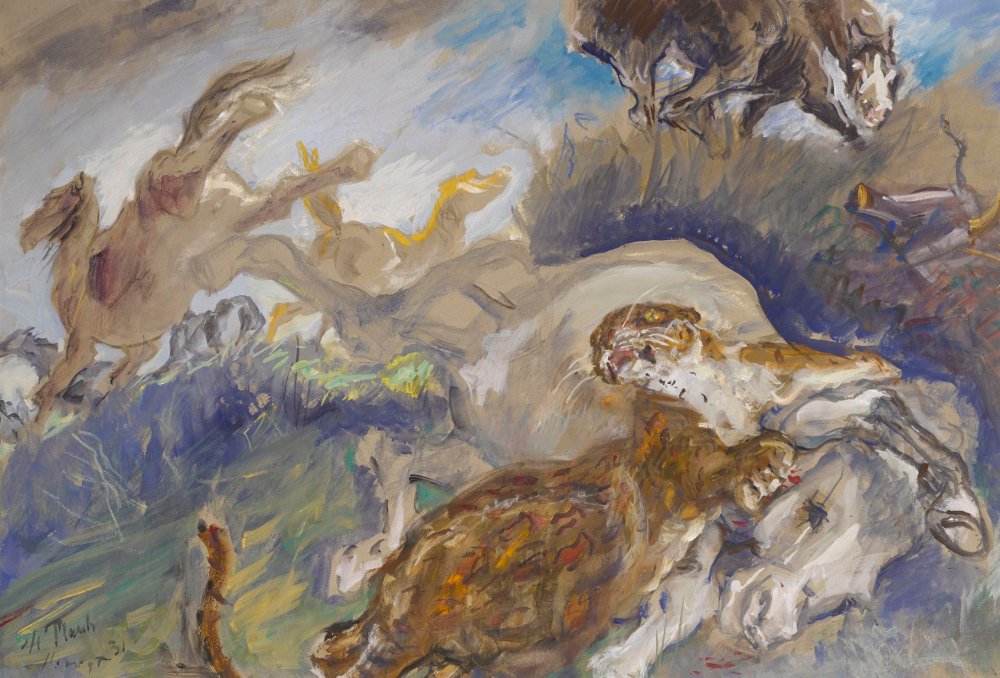 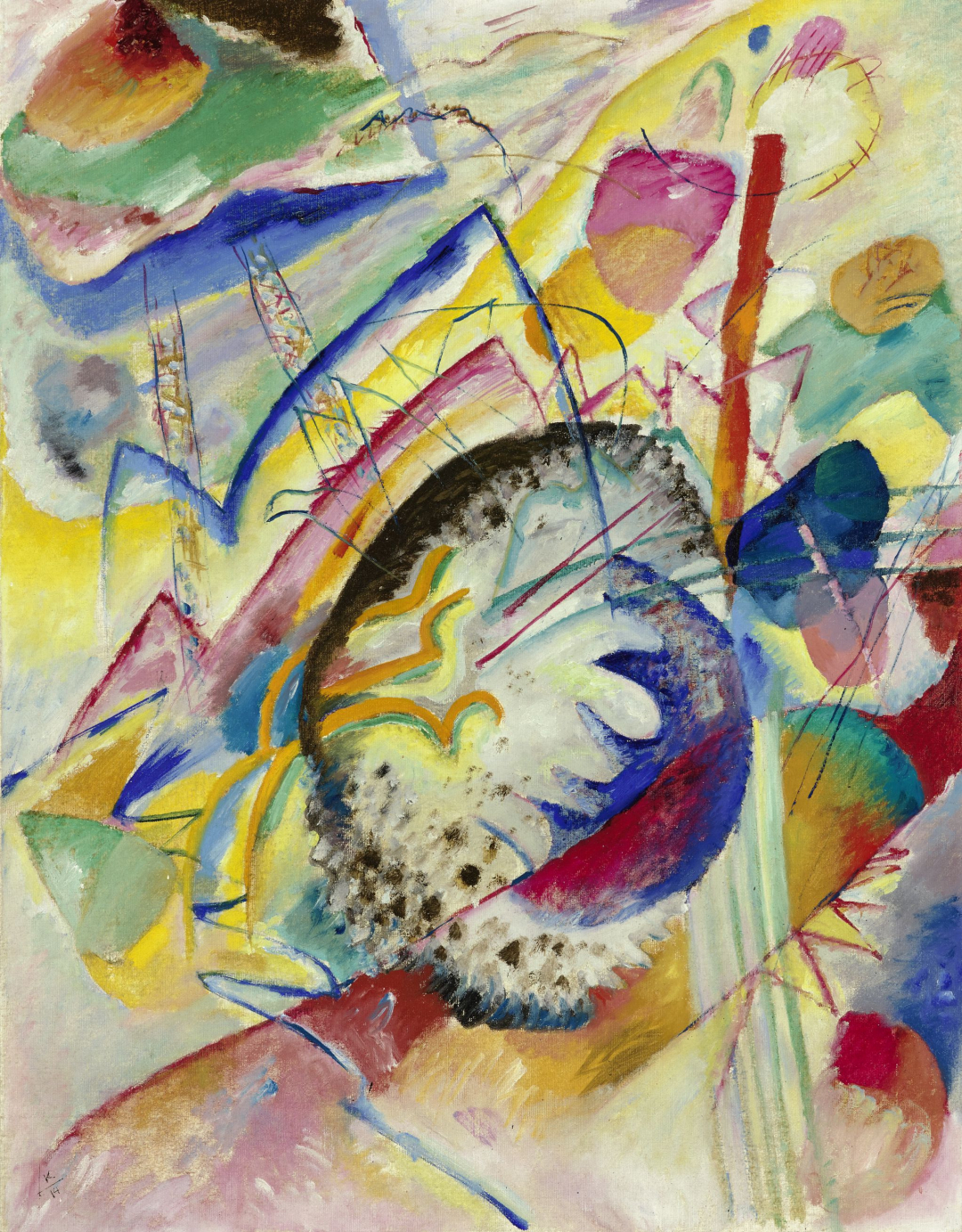 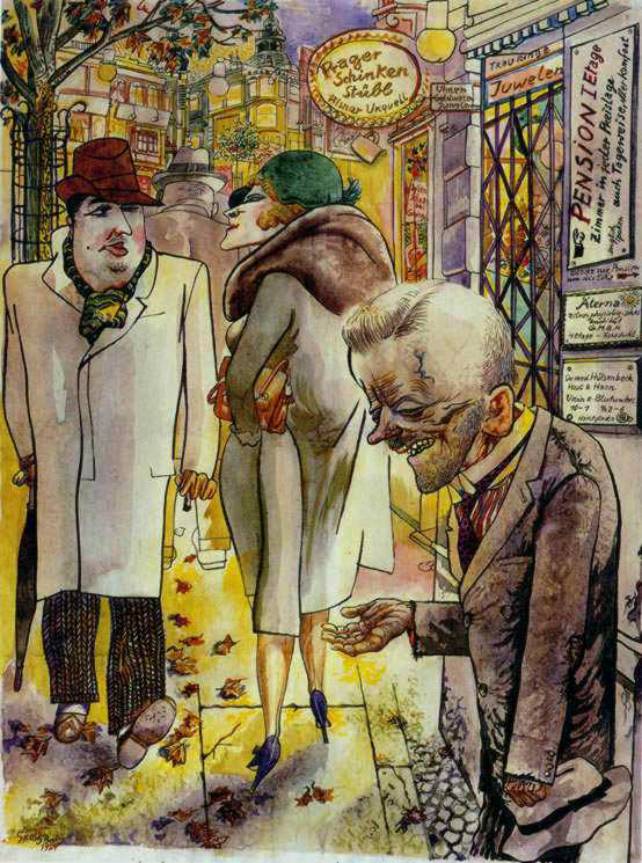 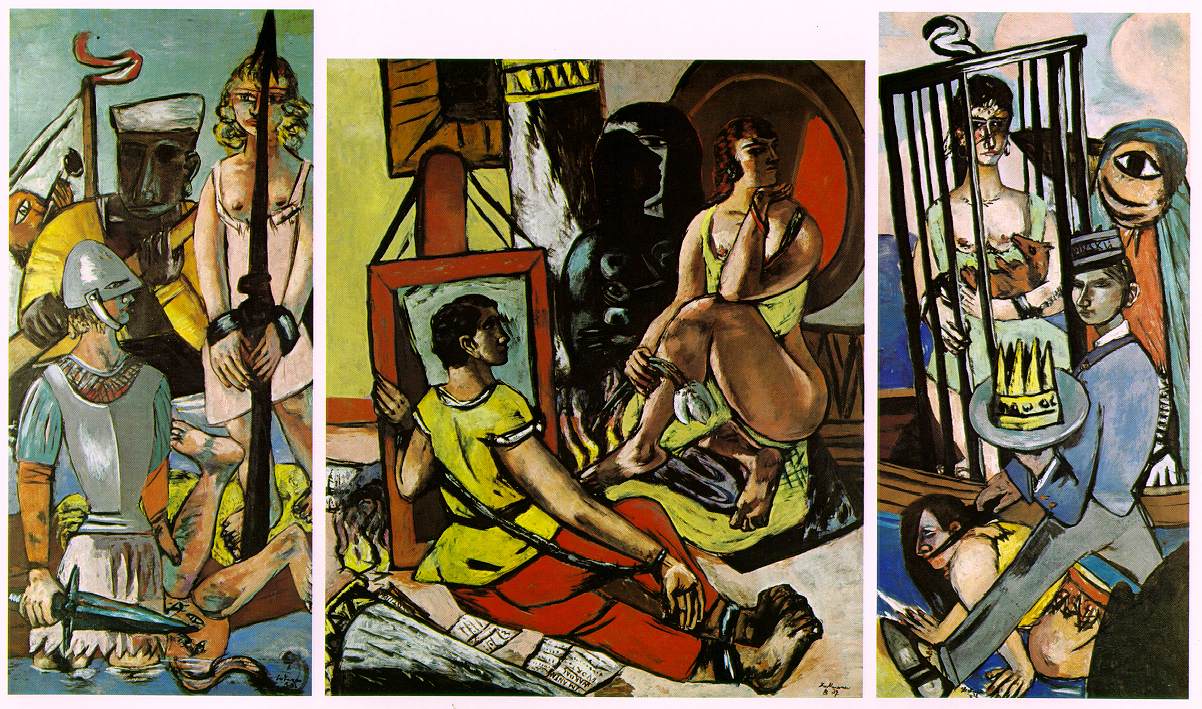 The Twentieth Century German Art exhibition was a result of major efforts of a large, international community of art collectors  dealers, critics and historians. The idea to organize an event which would demonstrate the solidarity of European artists with the artists persecuted in Germany emerged in September 1937 on the initiative of Noel Norton, a UK art dealer living in Zurich and Irmgard Burchard, also an art dealer D.Batycka, Revisiting Britain’s Response to the Nazi “Degenerate Art”, https://hyperallergic.com/472369/london-1938-defending-degenerate-german-art-liebermann-villa/?fbclid=IwAR0l7NPyLAf6aUnEu_q1hqzS67BvNzpFBV0h_kjprXeJhQwekQPu5YlQBB4Show [accessed on 08.02.2019].↩︎. In a relatively short time, they managed to engage in the work on the show many important personas from the European world of art, including a German art critic of Jewish origin, Paul Westheim who joined the project with enthusiasm and became responsible for the selection of works for the exhibition.

Initially, the exhibition was intended as a firm response to the degenerate art show and  a manifestation of opposition against the Nazi policy. The organizers wanted to focus on the artists whose works were exhibited in Munich and who experienced oppression and violence under the Nazi regime. As the organizing committee grew larger, representatives of the British art community under the leadership of Herbert Read, an art critic and theoretician began to dominate over the rest and the political nature of the event was put on the back burner. Under the pressure of the Government of the United Kingdom which at the time still pursed the policy of appeasement trying to avoid an open conflict with the Nazis, the title of the exhibition was changed from “Banned Art” to the less confrontational version “Twentieth Century German Art”. Additionally, works of artists considered too controversial or too deeply engaged politically were excluded from the exhibition R.A. Etlin, Art, Culture, and Media Under the Third Reich, University of Chicago Press, Chicago 2002, p. 361.↩︎. As a result of growing tensions, conflicts and change of the exhibition title, Paul Westheim decided to leave the organizing committee.

The scale of the event organized in London was huge: the Twentieth Century German Art exhibition remains until today one of the biggest  German art shows ever held in the UK. The organizing committee ultimately headed by Herbert Read managed to gather in New Burlington Galleries around 270 works of 64 artists born or residing in Germany who suffered persecution from NSDAP, such as Max Slevogt, Franz Marc, Otto Dix, Georg Grosz, Max Beckmann, Emil Nolde, Kathe Kollwitz, Max Pechstein, Alfred Kubin, August Mack, Oskar Kokoschka, Paul Klee, Edvard Munch, Ernst Ludwig Kirchner, El Lissitzky and Wasilij Kandinsky L. Wasersteiner, The Twentieth Century German Art Exhibition: Answering Degenerate Art in 1930s London, Routledge, Abingdon-on-Thames, 2018.↩︎. The exhibited works came from the collections of more than ninety different modern art collectors. Many of them were also refugees from Germany who experienced themselves the oppression and violence of the Nazi regime. In order to guarantee the security of all exhibition participants, the catalogue stated clearly that none of the displayed pieces came from a collection currently located in Germany nor was made by an artist living in the country at the time.

The exhibition caused quite a rumour in the world of art and politics. The art community unanimously declared it a big artistic and commercial success. Despite that, the British press and public received rather coldly. The majority of viewers considered German art as incomprehensible and repulsive.  The Nazi press also strongly criticized the event and even Adolf Hitler himself condemned it in his speech in Munich in July 1938 4 http://www.exberliner.com/whats-on/art/degenerate-art-london-1938-interview/ [dostęp:08.02.2019].↩︎. The exhibition was visited by a group of German nationalists who proudly paraded across the New Burlington Galleries wearing swastika badges in their lapels and showing their support to NSDAP’s cultural policy.

In a reaction to Hitler’s speech, the Nazi press critical reviews and the nationalist happening, the members of the Artists’ International Association, a British anti-fascist organization, also turned up at the show distributing anti-Nazi leaflets to the audience and explaining the situation of the artists persecuted by the Nazis an expelled from their own country. The leaflets read:

Nevertheless, probably due to the specific context, the exhibition enjoyed wide popularity: New Burlington Galleries were visited by thousands of people and the most prominent personas of the European world of culture. The opening ceremony was attended by Virginia Woolf, Pablo Picasso, Le Corbusier and many other celebrities and later on a concert of the famous actor and singer Paul Robeson, a fierce anti-fascist activist, was held at the exhibition venues. Despite the restrictions, pressure exerted by politicians and the conformist attitude of the British members of the organizing committee, ultimately the Twentieth Century German Art exhibition played a role intended by its originators i.e. effectively rehabilitated and promoted the artists condemned by the Nazis and sent a clear message to the world: what Germany consideres to be ”degenerate art” is believed to be a part of the modern art mainstream in Western Europe. 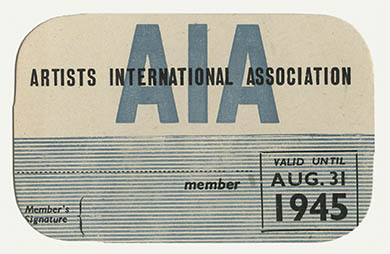