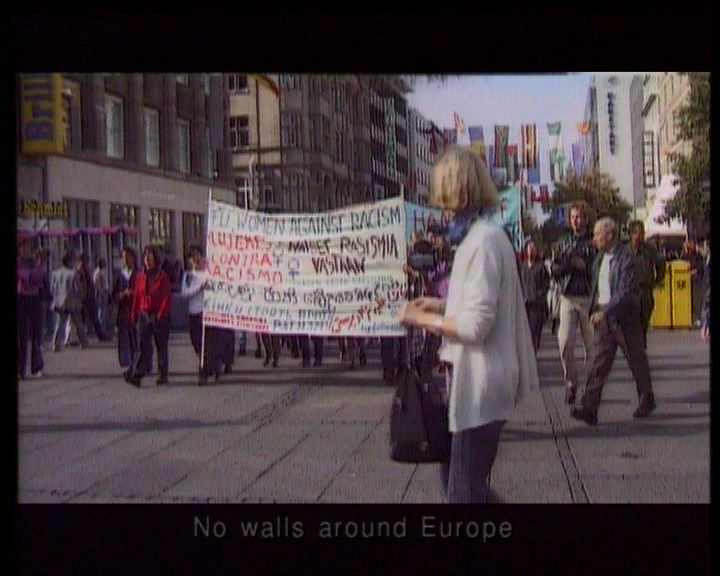 This characterization obscures the fact that the protest was directed primarily at a party whose populist program is intended to mobilize authoritarian and misanthropic prejudices. Furthermore, these protests were and are intended to stop the “integration of popular racism” (Steyerl) into the social and political mainstream, which is also on the rise in countries other than Austria.

What is declared normal by some and accepted as such by the majority sometimes represents a concrete threat to others. Normality 1–10, a series of short video essays, registers everyday neo-fascist violence as being
an instrument of such “normalization.” In a matter-of-fact and at the same time insistent manner, Hito Steyerl offers a richly detailed report on the growing number of anti-Semitic and racist attacks – on cemeteries, monuments and human beings — in both Austria and Germany. In a sober visual language, she develops a number of forms and styles of commentary to pose questions concerning the social structures inherent to this variety of violence and their representation.

At the same time, Steyerl assumes an unequivocal political position: The important thing is to penetrate the silent acceptance and opportunistic racist consent. Normality also shows how immigrants — many of whom left their homes because of Europe´s commitment to global capitalism – demand their rights and remind us: “Your silence is encouraging fascism, telling the fascists that it´s okay what they are doing.” (Thomas Korschil)

After the screening we invite you to the presentation of OSA project and meeting with Bogna Stefańska. Moderator: Stanisław Welbel. (in Polish)

More information o the screening can be found on Zachęta’s website and on Facebooku. 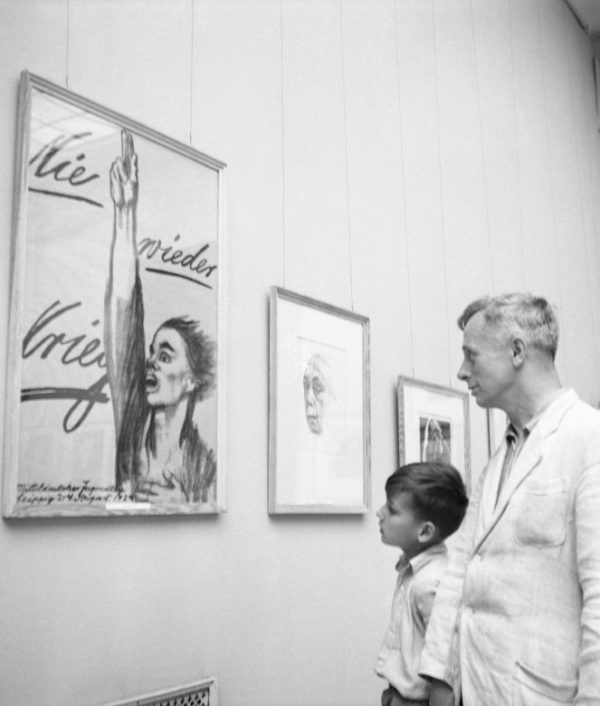 Zachęta – National Gallery of Art
9 Sept - 17 Nov 2019
The exhibition project was inspired by the historical exhibition of the works of the German graphic artist, sculptor and painter Käthe Kollwitz, which took place in the Zachęta Central Bureau of Art Exhibitions (CBWA) in 1951. The development of documentation and analysis of the exhibition reception was possible thanks to a research project conducted in recent years at the Zachęta gallery, in which exhibitions, rather than individual works, were the subject of research — as a moment of mediation and meeting of the artist, curator (formerly commissioner), the work with the audience, gallery, institution and politics.
Solidarity with Rojava! Aesthetics and Neofascisms. Discussion
Ta strona korzysta z ciasteczek. Dalsze korzystanie ze strony oznacza, że zgadzasz się na ich użycie.Zgoda