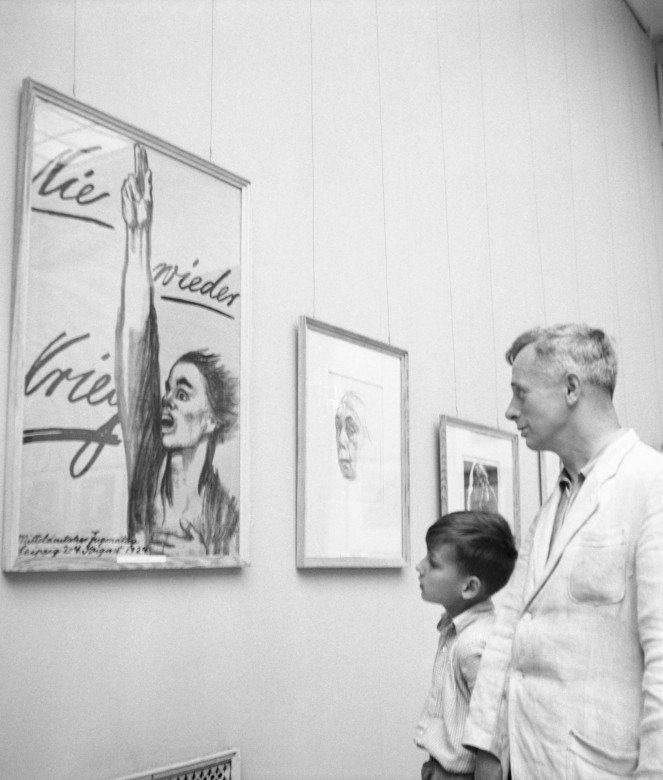 The historical exhibition featured ninety, mainly graphic, works from the period of 1892-1938. Its core was formed by two purely graphic series The Weavers’ Revolt (1897) and Peasant War (1903), as well as the poster Nie wieder Krieg! (Never more war!) from 1924 – the piece most often reproduced in the press, emphasizing Kollwitz’s political involvement. The current exhibition of Käthe Kollwitz is not a reconstruction of a historical exhibition — it will be presented in other rooms and in different ways, but largely repeats the selection of key works from 1951. Zachęta will once again feature the above-mentioned graphic series and many other works by the artist from museums in Poland and Germany.

The exhibition also presents works by contemporary artists invited to participate — Hito Steyerl and Keren Donde — hence the choice of the ambiguous title Strike, which is a quotation from Steyerl’s work. It can be understood either as an organised form of so – cial protest that usually involves refraining from doing work, or literally as a strike, i.e. manifesting violence, or as something that shocks and is striking. Steyerl’s video juxtaposed with Kollwitz’s works emphasises the limitations of her work, or even the limitations of depicting reality in general, or even the inability to depict it. It comments on the limits of engagement and critically analyses the role of artists in political and social processes. Hito Steyerl is the winner of the Käthe Kollwitz Prize (2019) awarded in Germany since 1960.

Drawings by Keren Donde presented at the exhibition update Kollwitz’s work in a different way. They underline the ambivalence present in them, between violence and tenderness, celebration and aesthetics, and commitment and rejection. These drawings resemble the works of the German artist, both formally and through selected themes: they show contemporary protests (strikes), street incidents, arrests. Their dynamics are similar, but they differ in contemporary details, although the forms of resistance remain unchanged.

The exhibition at Zachęta shows how disturbingly many contemporary discourses overlap with Kollwitz’s works. Just as in the case of the 1951 exhibition, ‘timeliness’ is a key word in looking at her works from the perspectives of feminism, struggle for equal rights and minority rights, power relations, criticism of capitalism and militarism, as well as in the context of intensifying nationalism, neo-fascism, racism, anti-Semitism and homophobia, which inscribes the exhibition within the framework of the Anti-Fascist Year.

More information on the exhibition is available on the Zachęta’s website. 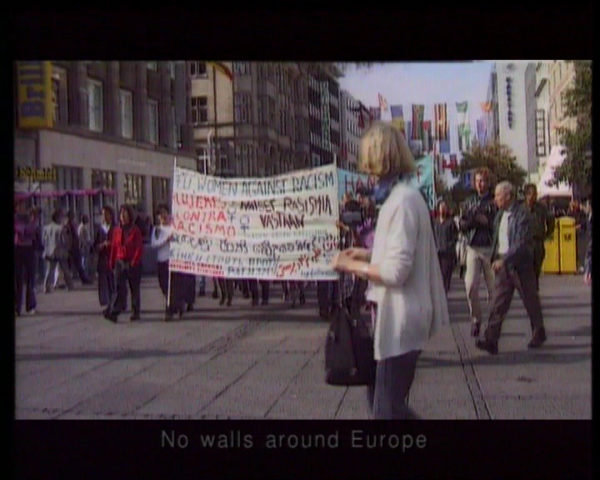 Zachęta – National Gallery of Art
29 Oct 2019, 18:00
Resistance to the political change which took place in Austria in the year 2000, even when coming from members of the alleged opposition, is repeatedly dismissed as a hysterical reaction. The claim is made that this was a "normal democratic change."
Banality Of Evil – Fascism On Film Niech Twoje miasto będzie czyste, jak Twój dom
Ta strona korzysta z ciasteczek. Dalsze korzystanie ze strony oznacza, że zgadzasz się na ich użycie.Zgoda